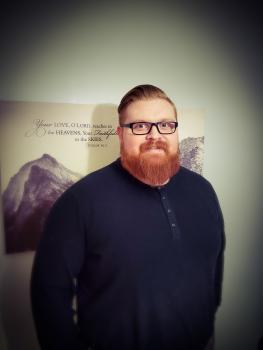 Jarrad helps people in the surrounding areas with technology and answering professional questions, while maintaining the Huron County Community Library’s computer and networking systems. He graduated from the Shelby Senior High School in 2012, where he participated in football, track, band, theatre, choir, handbells and math league. Jarrad continued his education where he graduated with a bachelor's degree from Malone University in 2016. He majored in Computer Science; with an emphasis on Business Information Systems, and minored in Business Administration.

As the Information Technologies Coordinator at HCCL, he oversees the implementation of new and old technology, as well as technology related programming for patrons. For Jarrad, being a resource for people is the most rewarding part of the role.

Outside of the office, Jarrad enjoys playing music, spending time with friends and family, and trying to learn new skills.